Bones of the Ankle

The ankle joint connects the leg with the foot, and is composed of three bones: tibia, fibula and talus. The tibia or shin bone and fibula or calf bone are bones of the lower leg which articulate with the talus or ankle bone, enabling up and down movement of the foot.

Three bony bumps present on the ends of the tibia and fibula form parts of the ankle joint:

Bones of the Feet

The foot acts as a single functional unit, but can be divided into three parts: the hindfoot, midfoot and forefoot.

The hindfoot forms the ankle and heel and is made up of the talus bone and calcaneous or heel bone. The heel bone is the largest bone in the foot.

These bones are connected to five metatarsal bones of the forefoot, which form the arch of the foot for shock absorption while walking or running. The forefoot is also made up of the toes or digits, formed by phalanges, three in each toe, except the big toe, which has only two phalanges. The big two has two additional tiny round sesamoid bones in the ball of the foot, which help in upward and downward movement of the toe.

There are 33 joints in the ankle and foot. They include the

The joints of the foot and ankle provide stability and support the weight of the body, helping you to walk or run, and to adapt to uneven ground.

The joint surface of all bones of the ankle and foot are lined by a thin, tough, flexible, and slippery surface called articular cartilage, which acts as a shock absorber and cushion to reduce friction between the bones. The cartilage is lubricated by synovial fluid, which further enables smooth movement of the bones.

Soft Tissues of the Ankle and Foot

Our feet and ankle bones are held in place and supported by various soft tissues such as cartilage, ligaments, muscles, tendons and bursae.

Cartilage is the flexible, shiny, smooth tissue on the ends of bones that meet to form a joint. Cartilage provides cushioning between the bones allowing smooth movement.

The foot is made up of 20 muscles, which help in movement. The main muscles include:

Smaller muscles are also present to help the toes lift and curl.

Tendons are soft tissues that connect muscles to bones. The largest and strongest tendon in the foot is the Achilles tendon, present at the back of the lower leg around the heel bone. Other tendons include peroneals and anterior and posterior tibialis. 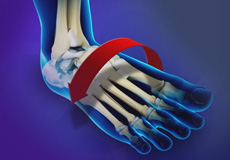 Ankle instability is a chronic condition characterised by a recurrent slipping of the outer side of the ankle. It usually results from repeated ankle sprains. It is generally noticed during movement of the ankle joint but can also occur during standing as well. 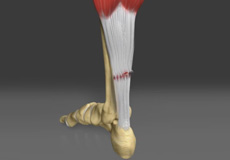 Achilles tendon is a strong fibrous cord present behind the ankle that connects the calf muscles to the heel bone. It is used when you walk, run and jump. The Achilles tendon ruptures most often in athletes participating in sports that involve running, pivoting and jumping. Recreational sports that may cause Achilles rupture include tennis, football, basketball and gymnastics. 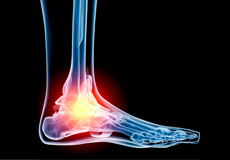 The foot & ankle in the human body work together to provide balance, stability, movement, and propulsion.

Foot & ankle trauma refers to the injuries that most commonly occur during sports, exercise or any other physical activity. Trauma may be a result of accidents, poor training practices or use of improper gear. 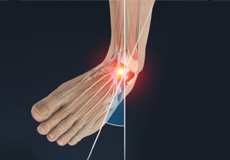 A sprain is the stretching or tearing of ligaments, which connect adjacent bones and provide stability to a joint. An ankle sprain is a common injury that occurs when you suddenly fall or twist the joint or when you land your foot in an awkward position after a jump. Most commonly it occurs when you participate in sports or when you jump or run on a surface that is irregular. 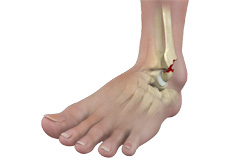 The ankle joint is composed of three bones: the tibia, fibula, and talus which are articulated together. The ends of the fibula and tibia (lower leg bones) form the inner and outer malleolus, which are the bony protrusions of the ankle joint that you can feel and see on either side of the ankle. The joint is protected by a fibrous membrane called a joint capsule, and filled with synovial fluid to enable smooth movement. 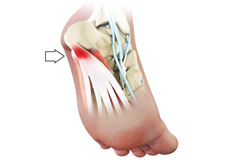 Plantar fasciitis refers to inflammation of the plantar fascia, a thick band of tissue that lies at the bottom of the foot. It runs from the heel bone to the toe and forms the arch of your foot. Plantar fasciitis is one of the most common causes of heel pain. It is most often seen in middle-aged men and women, but may also occur in those who are constantly on their feet such as soldiers. 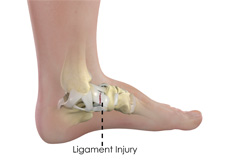 Ankle ligament injury, also known as ankle sprain, can be caused by a sudden twisting movement of the foot during any athletic event or during daily activities. It is one of the most common orthopaedic injuries and can also be caused by walking down a slope or over any uneven surface. The injury can range from mild to severe, depending on the condition of the injured ligament and the number of ligaments involved. 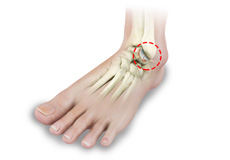 Osteochondral injuries are one of the most common causes of ankle pain. Though in most cases there is a history of injury or trauma to the ankle joint, a few cases may not have any previous history of ankle injury. A condition known as osteochondritis dissecans is commonly seen in the knee and ankle joint and is characterised by the damage and separation of a piece of bone and cartilage, within the joint, from the underlying bone. 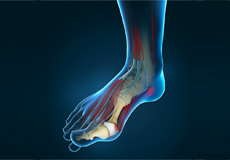 A bunion is a bony protuberance that appears on the external surface of the big toe when it angles toward the adjacent toe. It is an extra bone and a fluid-filled sac that grows at the base of the big toe. 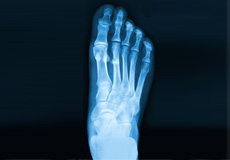 The foot has 26 bones, and can be divided into 3 parts: 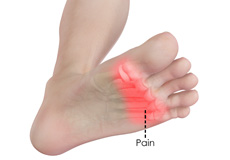 Foot pain occurs from distress induced by certain factors in the foot. Foot pain is a common problem experienced by young athletes involved in different activities such as running and jumping. 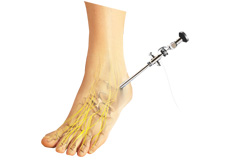 Ankle arthroscopy is a minimally invasive surgical procedure in which an arthroscope, a small, soft, flexible tube with a light and video camera at the end, is inserted into the ankle joint to evaluate and treat a variety of conditions. 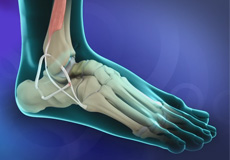 Ankle stabilisation is a procedure carried out to strengthen and support a hypermobile or unstable ankle joint. Ankle instability is generally caused due to an ankle sprain or injury which may result in stretching or improper healing of the ligaments that support the ankle joint. If the ankle is not adequately supported there is a risk of dislocation or fracture when weight bearing or moving quickly. 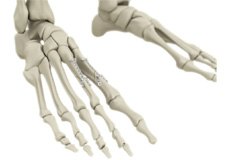 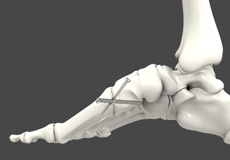 Ankle arthrodesis is the surgical fusion of bones that form the ankle joint. The ankle joint is formed by the tibia, talus, and the fibula bones.

The goal of ankle arthrodesis is to relieve pain in the affected joint. This is achieved by surgically eliminating the joint. 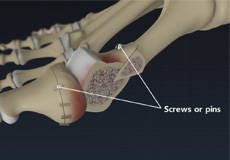 A bunion, also known as hallux valgus, is bony prominence at the base of the big toe, which often results in pain, redness and rubbing in footwear. The 1st metatarsal bone abnormally angles outward towards the other foot from its joint in the midfoot. A bunion can change the shape of your foot, make it difficult for you to find shoes that fit correctly and worsen the symptoms if left untreated. 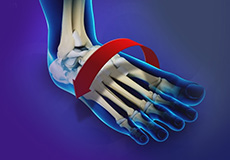 Ankle instability surgery is performed to treat an unstable ankle and involves the repair or replacement of a torn or stretched ligament.

Ankle instability is a chronic condition characterised by a recurrent slipping of the outer side of the ankle. Instability is generally noticed during movement of the ankle joint but can also occur during standing as well. 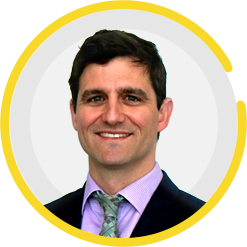